ECHT! is a band from Brussels.

Inspired by the concepts that you can find in electronic music and effects of musical production, they steal those languages and apply them to their music.

With their totally home-made sound they play their set like a DJ.

The Brussellians of Commander Spoon interlace their eclectic wealth of influences into an energetic jazz sound, respectfully demolishing walls between jazz, hip hop, rock and electronica.

Since 2019, Goth-Pop singer Mathilde Fernandez and Casual Gabbers’ Producer Paul Seul have been working together under the alias ascendent vierge. The unique sound they create through their collaboration is a progressive but distinct hybrid between Gabber and Pop featuring Mathilde’s ethereal vocals in French.

It only took the 20 year old Charlotte Foret a debut single to kickstart her career as Charles: “Wasted Time” was an instant hit. With the EP “Falling While Rising” she confirms her musicial identity. Thoughout the 6 tracks Charles tackles autobiographical and universal themes. She does not limit her to one genre as with her unique and versatile voice she gets away with every musical direction : alternative pop, indie rock, grunge, ballad. She’s deep and dark but also airy and luminous. Dark outside, soft inside. Listening to Falling While Rising is falling down, getting up and starting all over again.

NEPTUNIAN MAXIMALISM, a.k.a. NNMM is a community of multi « occultural
engineers » (*Genesis P-Orridge) with a variable geometry/line-up. This project was initiated by Guillaume Cazalet (CZLT ; SOL KIA ; ZAÄAR) and the veteran saxophonist player Jean-Jacques Duerinckx (ZAÄAR ; Ze Zorgs) in Brussels in 2018, especially during a residency with the two drummers Sebastien Schmit (K-Branding) and Pierre Arese (AKSU). The result was a bifacial entity, sometimes calling for a primitive voodoo trance with percussive intonations,dominated by rhythm and a savage movement, sometimes towards a psychedelic meditation with prophetic and spiritual accents resting on an amplified drone music where time is explored, harmony, the power of the tonic and its iridescent harmonics, durability, weight, ruin.

From this residency were born a trilogy album called ÉONS released on I,Voidhanger Records, dedicated to the Sun, the Moon and the Earth and a first album, The Conference Of The Stars, released on the label Homo Sensibilis Records, mixing drone metal and spiritual free jazz, animated by a cosmic and psychedelic energy.

On "APHEXions", the Brussels pianist with French roots Dorian Dumont – key member of the electro jazz band ECHT! – is expressing his love for one of his greatest musical heroes: Aphex Twin. Contrary to what one would expect, there are no electronics involved in this album, but he carefully transcribes a wide selection of Richard David James' music to grand piano, giving the songs a whole new dimension. Rave classics like Polynomial-C and Xtal are being stripped to the core while on tracks like Nannou, Kesson Daslef or Fingerbibb he stays truthful to the minimalistic aesthetics from the original tracks.

Read more on Last.fmField Recordings, percussion, electronic spice and acoustic instruments. These are the ingredients chosen to create the perfect Belgian Bolivian. His didactic study for percussion and rhythm was the focus of his new album “La Hoja de Eucalipto”that brings alive a more active and aggressive part of Susobrino. The Bolivian Indiana Jones presented his first serene EP “Mapajo” in 2018. An EP fully made of his field recording trip to Bolivia.

Since then he achieved a double win for the Champion Sound Beat Battle , got Most Promising Artist at Red Bull Elektropedia Awards and already played Sfinks, TAZ, Bouge B, Gilles Peterson's Worldwide at Leysin and recently Listen! Festival & a LEFTO showcase NCHTWNKEL at AB... 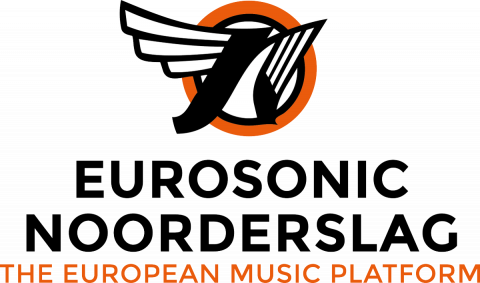