Roméo Poirier debuts on Manchester’s sferic label with an evocative and beautiful round-trip to Venusian beaches and back. Working in the crème-concrète and exotica style that made his ‘Plage Arrière’ a cult hit in 2016 (and on vinyl in 2019), Poirier conjures gauzily impressionistic beach scenes and heady sunny day feels from a fine mix of granular processing and bleached-out Balearic tropes in the dilapidated but deeply charming environs of ‘Hotel Nota’. Armed with a suitcase of floral shirts, trunks, paperbacks and a laptop, he checks into a lounging, relaxed and lush sound that appears to shift and shimmer with the iridescent aftereffects of a daiquiri or the warm, turquoise waters by his feet.

Belgian producer SKY H1 is the latest addition to Brussels' vibrant electronic music scene and much like the patchwork city she calls home her music is the result of myriad influences and cultures colliding. Having released the EP Fluid on the Berlin label Creamcake in 2015 and working alongside producers such as Bala Club's Uli­ K, SKY H1's music draws upon everything from R&B and instrumental grime to ambient, to produce something both brutal and sublime in equal measure. In 2016 she released the critically acclaimed EP Motion. Read more on Last.fm

Mika Oki is a visual artist, Dj and producer born in Paris. With a background in sculpture and electro-acoustic music, she explores the notion of intangible spaces and emotional landscapes through AV installations, music and mixes. As a DJ, Mika Oki knows how to surprise the dance floor with a selection ranging from jungle, uk bass and gqom to dark electro, mesmerising trance and heavy EBM. By animating a wide range of voice samples, experimental sounds and electroacoustic music extracts, she plays like a sculptor with a duty to create an unsettling atmosphere.

Sagat is a Bass / Techno producer and DJ from Brussels and co-founder of the band / label Bepotel Records. He has released on the Brussels’ labels Bepotel, Vlek, BXL Records and Meakusma.

Weird Dust is the project of Brussels-based producer Michael Crabbé.

His music has one eye on the past but always from a futuristic point of view, a juxtaposition that’s evident throughout his productions.

Soundwise, this much is true: tribal-inspired percussion is layered with heavily processed sounds sourced from analog and digital synths.

It’s library music for the modern age that will keep resonating into time to come. Like going back to the jungle, but on another planet!

The origins of Front de Cadeaux can be traced back to a dating site for bears, some ten years ago. After Maurizio had spotted a Felix Kubin poster on one of Ugo’s pictures, the two started chatting. Very much intrigued, Ugo invited Maurizio, who lives in Brussels, to play at a festival he organised in Rome. Shortly thereafter Maurizio became a resident of Ugo’s Subwoofer night, one of the first bear parties in Europa that existed outside of the mainstream bear realm.

The two bonded over food of course, over their belief that dance culture is rotting from the inside, and even more over slow, heavy electronic music. You have to picture it: a flat in Brussels, a table with empty bowls and bottles, thick smoke and these two daddy dj’s listening to stacks and stacks of UK rave and breakbeat records on 33 instead of 45 rpm. Testing how deep and sexy these garbage records sound at a pace the bears can actually follow without dropping dead – Ugo & Maurizio baptised it ‘supreme rallentato’.

Around 2013 they officially started collaborating as Front de Cadeaux, referring to the Italian way of pronouncing Front 242, the Belgian EBM legends. Naturally, their decade long dj and production experience merged into one, just like their vision that dance culture urgently needs a revolution. That means they play 90 bpm in a club at 3am whilst the promoters are shitting themselves, showing everyone that the body follows the groove, and not the bpm, a capitalist and macho construct that’s making crowds go numb instead of making them dance.

Farida Amadou is a self taught bass player based in Liège, Belgium. The electric bass is her main instrument since 2011.

Born in 1984, Tom Malmendier started playing music very late and completely by chance, telling himself that with a guitar in hand we looked (a little) cooler.

But nothing very serious came out of it until 2006 when a very good, somewhat jaded friend let his drum set hang out in Tom's living room.

First as an autodidact for a year, then with the advice of his future friend Alain Deval for two more years, he begins to try to tame the instrument, to draw from it the sounds that interest him, through many musical styles, playing with as many musicians as possible.

Quite quickly in his career, improvisation naturally emerges as a central point of all his musical research.

Dark and mysterious. At first glance, those two adjectives would seem to perfectly capture the aura surrounding Aymeric de Tapol and his releases on Vlek Records. However, listen more closely and you will discover an extra dimension to his music, one that is positively luminous and life-affirming. Vaporous and enigmatic, pitched somewhere between saturated drone, minimal ambient and pulsating techno, every one of this Brussels native’s live sets is a sublime demonstration of his unique creative flair.

Naomie Klaus is a French music producer and singer, based in Brussels. Considering herself a failed actress, she constructs her music in the form of stories and micro-sequences in which she has fun performing different characters with her voice. She evokes an otherworldly fairytale for adults, where the princesses one meets are hysterical, armed and badly dressed nymphomaniacs.

Paul Pankert (19/11/1965, Eupen, Belgium) studied violin at the conservatories of Liège, Düsseldorf and Maastricht. His musical activity has been primarily focused on the performance of contemporary and baroque music for over two decades; he is currently devoting more and more of his time to composition. He played and analysed hundreds of compositions, including numerous first performances, as solo violin in the Dutch contemporary music group Ensemble’88, with whom he was able to explore an equal number of compositional styles.

For this new edition of Meakusma Festival, we will once again be partners of the festival and be present with professionnals from Wallonia and Brussels. 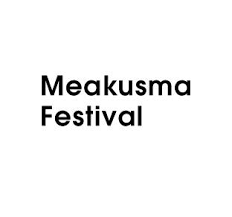 Meakusma is an artist-focused collective in operation since 2004, organising concerts, club nights, workshops and - since 2016 - the Meakusma festival.

The Meakusma label got started in 2008, focusing on musicians with a singular musical vision and operating outside of trends and tendencies. Based in Eupen, Belgium, Meakusma is an active collaborator with organisations from all neighbouring cities and countries.